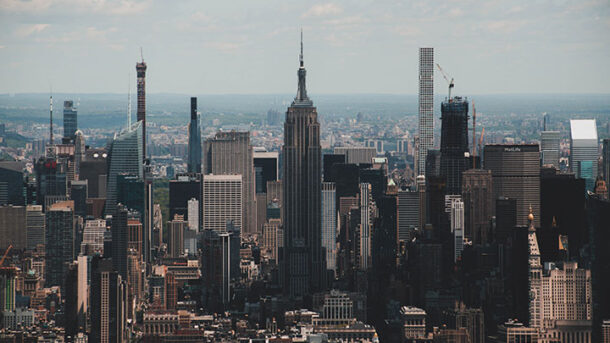 I had it marked on my calendar for several years: Diana, a friend of my daughter Jeannette and myself, would swim the English Channel in August, 2019 – and I planned to be there to see her off from the English shore and to greet her in France on the completion of her swim. It seemed only right because six years ago, I was one of her many friends and relatives to greet her on a Palos Verdes shore in California upon her completion of a swim from Catalina. Although the song says Catalina is “26 miles across the sea,” her swim was registered at 20 miles because of the point in Catalina from which she started and the point in California where she landed. This swim took her 17 hours and 9 minutes.

So, for four or five years, my daughter and I planned to be in Europe for Diana’s English Channel swim. As the time drew near, we began to study the logistics. The first problem would be traversing the Chunnel, a trip that would prove difficult because of my claustrophobia. I planned to handle this situation with massive doses of Xanax. Then we talked about my needing a wheelchair for long-distance walks, which could cause another problem. Travel agents confirmed that England and France aren’t extremely wheelchair-friendly. Add to that the indefinite timing of the swim. Diana couldn’t be guaranteed a certain day to make the English Channel swim. The date and time would be determined based on several things, including the number of swimmers attempting the channel swim this year, and the weather. Diana only knew that it would probably be some time in August, hopefully during the week she had planned.

While we pondered whether or not to make this trip, Diana came up with a solution. In addition to the Catalina swim and the English Channel swim, there is a third event that completes the distance swimmers’ triple crown. It is circumnavigating Manhattan, known as the Twenty Bridges Swim, a feat she planned to complete in July. The window for this event was much smaller than the one for the English Channel swim, and it was likely that her swim would take place within that window.

Jeannette and I decided that instead of flying to Europe in August for the channel swim, we would fly to New York in July for the Manhattan swim. I felt that was a wonderful idea, especially since New York is one of my favorite cities. So Jeannette and I flew to New York on July 14th, arriving on the 15th. Diana swam around Manhattan on July 16, 2019. We saw her off from a dock, as she entered the boat that would stay with her during her swim. The boat carried her to the spot where she would begin swimming. We spent the day doing touristy things, knowing that Diana would be swimming for hours. When we felt she was within an hour or so of finishing the swim, we went to a lovely park that was next to the dock where she would land. As we waited there, we saw another swimmer, a young man who had begun at the same time as Diana, as he finished the swim. We knew it would be a while before we’d see Diana because she admittedly is a slow swimmer. We were so excited when we saw the boat and then Diana in the distance, and we watched her finish the 28.5-mile swim in 9 hours and 34 minutes. Everyone knows that the water around Manhattan is contaminated. For that reason, in preparation for the swim, Diana was put on a regimen of antibiotics, and after the swim she rinsed her mouth with diluted hydrogen peroxide.

Obviously, a great deal of training and planning go into these long-distance swims. Also, boats and kayaks are needed for each swim. Their crews set the route, watch for obstacles, and toss bottles of liquid nourishment to the swimmer. During the Catalina swim, one of the kayak crew’s tasks was to watch for sharks. The boat crews are hired, but Diana was fortunate in having volunteer kayak crews, for the most part. The rules in order for long-distance swims to be officially recognized are very strict. No one was permitted to touch Diana once she entered the water, and when she reached the California shore on her Catalina swim, as she struggled to navigate the rocky beach, all of the spectators were told, via loud-speaker, to not go near her until the swim was declared official. She began the Manhattan swim by jumping off the boat into the water right next to a pier, and she ended by climbing into the boat at the same spot.

After her New York swim, Diana was justifiably proud, and Jeannette and I were equally proud and decided it was our responsibility to share Diana’s accomplishments with the world. All of the waiters, waitresses, hotel personnel, and cab drivers the three of us encountered were apprised of the important person in our midst, as Jeannette and I regaled them with the details and statistics of Diana’s past and future swims. Everyone was understandably impressed.

As I said, New York is one of my favorite cities. While there, we decided to see things we’d never seen before. Although I’ve been to New York City many times, I’d never been to Coney Island. Jeannette and I decided that during Diana’s swim would be a good time for us to visit this world-famous playground. While there, we saw the New York Aquarium, shared a Nathan’s hotdog, and had some of the best soft-serve I’ve ever eaten.

At the top of Diana’s list of things to do in New York was to take a sightseeing boat around Manhattan, over the same route she swam. Jeannette and I readily agreed. This would be new to us, although we had previously boated to Ellis Island and back. It rained off and on that day, so I looked like a drowned rat. Nevertheless, the photo of the three of us standing on the boat deck with the Statue of Liberty in the background is one of my favorites.

Diana, Jeannette, and I agreed that we couldn’t leave New York without visiting the 9/11 Memorial, dedicated to the almost 3,000 people who perished as a result of this infamous event. The last time Jeannette and I had visited New York was in December of 2001. At that time we saw the direct aftermath of that horrible disaster. This time, along with Diana, we visited the 16-acre site where the 9/11 Memorial sits. It was so nice to see the beautiful memorial that turned this hellish spot into a lovely park, with an impressive tower and two magnificent square reflecting pools, set within the original Twin Towers footprints, with waterfalls cascading down the sides. By the time we left the memorial, I was exhausted from all the walking. There didn’t seem to be any place in front of the memorial where a taxi could stop. We saw a small building, which housed a police officer, with a sign warning that no one was to speak to the officer, so we walked up and began a conversation. We explained that one of us was an old woman who was very tired and that we needed a cab. The officer told us that cabs aren’t supposed to stop there; however, if we could get one to stop, she said she would look the other way. Fortunately, shortly after, we were successful in hailing a cab.

Diana and I believed that a trip to New York would be incomplete without taking in a Broadway show; Jeannette, not so much. Even though she had gone to Whittier College on a drama scholarship, at this point of her life Jeannette prefers the silver screen to live performances She likes to quote a line from the movie ” Sabrina.” In seeking favor with Sabrina, Linus, played by Harrison Ford, decides to take her to a musical, definitely not in his comfort zone. When he asks his secretary to get the tickets, she says to him, “You realize, don’t you, that the characters will periodically break into song, and dance about,” which pretty much reflects Jeannette’s attitude toward musical theater. Nevertheless, Diana and I prevailed, and a decision was made that we would see the hilarious musical “Tootsie.” Whether or not she would admit it, her reactions revealed that Jeannette really enjoyed the show. My daughter remembers just about every line of every movie she’s ever seen, so after the show, she was able to explain to us all the differences between “Tootsie” the movie and “Tootsie” the play. Later, Jeannette and I watched the movie. Although I’d enjoyed this movie many years ago, most of it was new to me. Jeannette, of course, vividly remembered every scene.

On August 3, 2019, Diana went to England to swim the English Channel. She was accompanied on her trip by another distance swimmer, her friend Carol-Lynn, who was fortunate in getting to swim the channel on August 8. We excitedly watched Carol-Lynn’s progress on a website that followed the boat that accompanied her. Due to weather conditions, Diana had to extend her stay in England an extra week to have her
opportunity to swim the channel. After being in England nearly a month, she finally began her swim on August 21st at 2:00 a.m. We followed her progress online, all 21 miles of it. After swimming 16 hours and 32 minutes, Diana touched down in France, completing the third and final event in the distance swimmers’ Triple Crown.

I am so proud to be able to call Diana Qualls Corbin my friend. I’ll always remember my excitement when she completed her three major swims. I feel privileged to have personally witnessed two of these – the first, on a California shore surrounded by twenty of her family members and closest friends who vicariously experienced this wonderful adventure with her; and then, just the two of us, my daughter and I, in a New York City park, watching with great anticipation to get our first glimpse of our super-hero friend swimming toward us, and then following her progress to the end of the swim. Thank you, Diana, for giving us entertainment and inspiration, and for being a role model to show what can be accomplished with determination, dedication, diligence, and drive. Thank you, too, for providing me with an excuse to visit New York.